Hello my fellow citizens of earth,

I thought I’d talk to you about all this technical jargon we are faced with when buying a TV. I personally take active interest in the development of TV technologies but I know the average person doesn’t as long as they get to see Peggy Mitchell and Pat Evans knock each other out during the week nights! However, at some point during the next few years you will be faced with a choice of what TV you should pay your hard earned cash for; and when this time comes, you can be left feeling pretty baffled by the representative in comet.

Since there are loads of terms one would have to learn when understanding what a the current generation of TVs offer I thought I would create a bit of a explanation to all this malarkey.

HD Ready TVs come in many different shapes and sizes and to be fair it isn’t really too hard to put a HD Ready sticker on a TV.

There are a few modes TVs must have to justify it is a HDTV: 720i, 720p, 1080i, 1080p. These just specify how many lines are shown horizontally just like a computer screen resolution. ‘i’ stands for interlaced which simply means that the broadcaster/file are showing alternating lines per frame and ‘p’ stands for progressive which means it is showing all the lines per frame. Broadcasters tend to choose 1080i as it is easier to transmit in high quality video and easier for your HD box to de-interlace to show a good enough quality version of the thing you want to watch. Click on the images below to see the full resolution of the HD video transmitted by BBC HD on freesat which normal Digital TV would not offer. 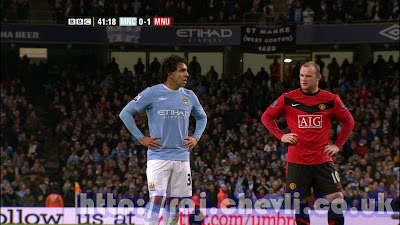 Rooney looking at Teves with disgust for this penalty he is about to take. 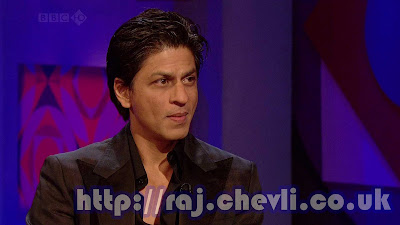 See the wrinkles on the Bollywood star, Shahrukh Khan, as I don’t think there are any Indian HD channels to see it on.

If you are buying a TV today, I would recommend that you would spend your hard earned cash on a 1080p Full HD TV with 2 or more HDMI ports; one for your HD Satellite/freeview box, the other for your HD Console/PC.

Most of us have only just come to terms with HD but now the technology market has hit the consumers with a 3D option (not 3 Definition but 3 Dimension). Since the release of the movie Avatar which has pioneered the previously continually flopping 3D technology for the past 8 years or so, many of the big technology companies has jumped on the 3D bandwagon thinking that this is the next best thing. Even the likes of the Fifa World Cup is going to be recorded and broadcasted in 3D however it won’t be broadcasted in 3D in the UK. During the end of the Barclays Premier League, some of the big games have been shown in 3D on Sky Sports 3D on pubs around the UK. Does it make any difference? Yes, but just a little. As 3D provides that sense of depth, when we watch a football match all we see is a flat game. When a player lobs the ball to the other corner of the pitch, the viewer doesn’t know where the ball is or how high it is until it lands to a player when our brains tell us that the ball has reached the ground. However with the use of 3D, we can figure out where the ball is as the images coming to both our eyes are different yet similar. The difference between the similar images on both our eyes shows how the game looks whilst sitting in that position of where the camera is.

3D is still a field which is being experimented on and I believe they are not showing the World Cup in 3D because we’re still in the recession and for someone to pay £800+ for a 3D TV is probably asking the average consumer a lot.

Unfortunately I cannot show you any examples of 3D on here otherwise I would have shown you Shahrukh Khans wrinkles in 3D  :-P.

Would I buy a 3D TV? I would buy one, but not now. I will give it 2 or 3 years for the technology to improve and the prices to fall before investing in one. I’m sure the London 2012 Olympics will be used as the main sources of getting consumers to buy their 3D TVs in the UK anyway.

LCD vs Plasma vs LED

I am not going to go into great technical detail about this but I guess what the consumer is required to know is what works best.

Plasma: Produces a rich and vivid picture, typically have a long TV life. Not as efficient as the other two and if you watch channels which have a bright colourful logo in the top right corner, *cough* NDTV imagine *cough* then it will burn into your screen.

LCD: This is more efficient than the plasma screen, also typically cheaper. Depending upon the model you buy, they can be pretty vivid and bright in picture quality however the price for those would be more than a plasma TV. I guess the best thing to look for in an LCD TV is one with a 1080p compatible resolution (37” and above usually) and a high contrast ratio relative to other models.

LED: This is the new generation of TVs and they look amazing – they literally have the works! They’re green, keep cool, bright, crisp,etc. They are the currently the thinnest available consumer television. However these are expensive and be warned they come in two types. There is LED Backlit or Full LED. Companies never told you which one is the one you are looking at but they now seems to say what type of LED it is; must be something to do with the Trade Description Act. Nevertheless, I would recommend people go for the Full LED TV as each pixel has its own LED. OLED (Organic LED) is meant to be thinner and greener!

If you want to know any more information about this, check out www.howstuffworks.com or wikipedia it!

Anyway enough of my boring banter about the television; this post is likely to be out of date come 2011; technology is just moving too fast! I will most likely post a more up to date version when we are faced with all the ABC and XYZ TVs.